Alfred Russel Wallace was born in Kensington Cottage, Llanbadoc, Usk in 1823 and lived there until the family moved to Hertford when he was five.  In his book “My Life” he tells of his early memories of playing on the rocks in the River Usk and catching lampreys. 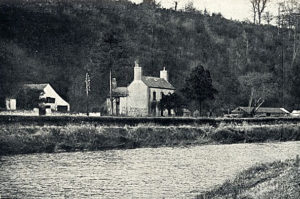 Kensington Cottage by the River Usk 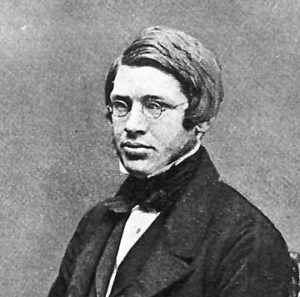 Wallace was self-taught and worked variously as an apprentice builder, watchmaker, surveyor and teacher.  While living with his brother in London he attended lectures on Owenism which were to influence him many years later.  Teaching at Leicester he met Bates, an enthusiastic collector of beetles, who stimulated Wallace’s interest in natural history. Then, while working with his brother as a surveyor for railways and tithes in the Neath valley he developed a keen interest in the geographical distribution of species.

Wallace embarked on two major expeditions as a collector, sending specimens to museums and private collectors back home.  The first expedition, at the age of twenty-five,  was to the Amazon with his friend Bates. Bates concentrated on the Amazon, Wallace on the Rio Negro.  Wallace’s younger brother Herbert joined him but unfortunately die of a fever.  His four years in the Amazon Basin were very productive but, tragically, his ship sank on the way home and all his specimens and most of his notebooks were lost. His account of this voyage A Narrative of Travels on the Amazon was published in 1853. 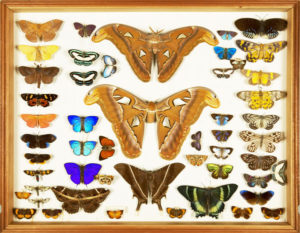 With typical resilience Wallace embarked on a second expedition in 1854 which was to turn out to be the most important event of his life.  Wallace turned eastwards to the Malay Archipelago  in search of, among other things, the Bird of Paradise and the Orang-utan.  He described his journeys from island to island in his highly successful and readable book The Malay Archipelago (1869).

Along with this literary success there were two important scientific ones.  The first and most well-known achievement was his discovery, independently of Darwin, of the principle of natural selection.  As is well-known, he sent an account of his discovery to Darwin to the latter’s great discomfiture.  Contributions from each were read to the Linnean Society in 1858 and Wallace’s letter stimulated Darwin into writing The Origin of Species.  The new and controversial explanation of evolution became known as the Darwin-Wallace theory. 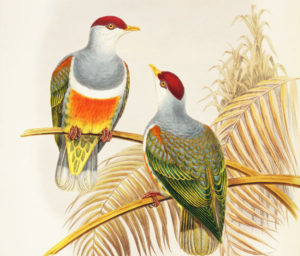 The other, less well-known,  discovery arose from Wallace’s interest in  biogeography.  He noticed a sharp divide between Asian and Australasian species along what is still known as the Wallace Line. For Wallace the processes of natural selection and of the geographical distribution of species were inseparable.

Wallace and Darwin maintained friendly scientific contact in defence of their joint theory.  Indeed Wallace called his big book on evolution Darwinism (1869). However, they came to differ on the need for separate explanations of colouration or of the higher stages of human evolution.  Wallace continued to publish scientific work and, living to the age of ninety, became a “grand old man” of science.  He was awarded the Gold Medal of the Linnean Society and the Order of Merit. 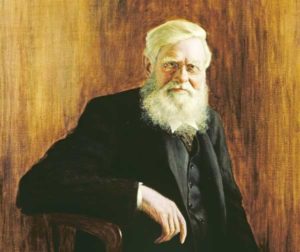 Although principally known as an evolutionary biologist Wallace became a vigorous campaigner about the issues he believed in, including spiritualism  (pro) and compulsory-vaccination (anti).

Most importantly he campaigned for land nationalisation and became a socialist and anti-imperialist.  He died in 1913 at the age of ninety.